Struggling to resolve your sexual identity?

In our younger years, puberty sets in, at some stage. With this, hormonal and physical changes start happening in our bodies and we start noticing an increase in sexual feelings and emotions. Don’t be alarmed if you sometimes wonder or worry about new sexual feelings, you are not alone, most people go through the same process. In some cases, some people become aware of these feelings and emotions at a much later stage in life and that is partly due to their strict upbringing and preprogramming or the environment they grew up in, that have prohibited them to get in touch with these feelings at an earlier age.

Understanding your own sexual feelings and getting to know who you are attracted to sometimes takes time, especially when we are younger. Most of us are bombarded with much propaganda from an early age involving politics, religion, peer pressure, habits and behaviors from our parents and their parents etc., that we are overwhelmed with too many voices in our head to try embrace what we are experiencing. Often this leads to massive fights with the little voices in our heads and can cause tremendous stress, depression, confusion, fear, anxiety, guilt and even anger. And it does not have to be this way!

I realise you may think you are alone, feel isolated and scared, but more normal than this, you actually can’t get in reality. There is nothing wrong with you. You are growing as a person and that is amazing and beautiful, whichever way this path leads you.

Now let’s look at terminology. Sexual orientation may sound scary but it’s actually not. It’s quite exciting and simple really; its emotional, romantic and involve your own feelings of attraction to another person.

Here are some general examples of sexual orientation:

When you find yourself having romantic or sexual thoughts about someone who is the same sex as you are, this may feel intense and confusing. “What does that mean,” you may think. “Am I gay?”

Being interested in someone of the same sex does not necessarily mean that you are gay — just as being interested in someone of the opposite sex doesn’t mean you are straight. It’s common for teens to be attracted to or have sexual thoughts about people of the same sex and the opposite sex. It’s one way of sorting through emerging sexual feelings.

Some people might go beyond just thinking about it and experiment with sexual experiences with people of their own sex or of the opposite sex. These experiences, by themselves, do not necessarily mean that a person is gay or straight.

Do People Choose Their Sexual Orientation?

Why are some people straight and some people gay? There is no simple answer to that. Most medical experts, including those at the American Academy of Pediatrics (AAP) and the American Psychological Association (APA), believe that sexual orientation involves a complex mix of biology, psychology, and environmental factors. Scientists also believe a person’s genetics and hormones play an important role.

There’s nothing wrong about being LGBT. (Lesbian, Gay, Bisexual or Transgender) Still, not everyone believes that. These kinds of beliefs can make things difficult for anyone of any age finding themselves in this situation.

Has it ever felt to you that everyone is expected to be straight? Have you ever started feeling uncomfortable or different around your friends when everyone is talking about romantic feelings, dating, and sex? Have you ever felt the need that you need to pretend to feel things that you don’t in order to fit in with your family or friends or had to hide an important part of yourself to people?

Fears of prejudice, rejection, or bullying can lead people who aren’t straight, to keep their sexual orientation secret, even from friends and family who actually might support them.

But not everyone has the same good support systems and someone they can talk to. Everyone has times when they worry about things like school, college, sports, career or friends and fitting in. In addition to these common worries, LGBT people, have an extra layer of things to think about, like whether they have to hide who they are. This doesn’t happen to all, of course. Many gay and lesbian people and their families have no more difficulties than anyone else.

You need to trust someone.

Regardless of your sexual orientation, learning about sex and relationships can be difficult. It can help to talk to someone about the confusing feelings that you are experiencing. — whether that someone is a trusted parent, family member, a close friend or sibling, or a school counselor or a Transformation coach like me, to help you through the process.

It’s not always easy to find somebody to talk to. But many people find that confiding in someone they trust (even if they’re not completely sure how that person will react) turns out to be a positive experience.

Whether gay, straight, bisexual, or just not sure, almost everyone has questions about physically maturing and about sexual health — like if certain body changes are “normal,” what’s the right way to behave, or how to avoid sexually transmitted infections (S.T.I’s). It’s important to find a trusted knowledgeable adult person to be able to discuss these issues with.

The Transformation Coaching process plays a massive role in this arena, to help you discover, come to terms and accept who you are. Equipping you with the mind-blowing self-confidence and powerful self-assurance you need, to take your life forward. Eliminating negative and sabotaging beliefs and reinstalling positive healthy and empowering beliefs that align with your future vision. This process will leave you free of anxiety and open to enjoy and embrace your sexuality.

Let`s discuss why it doesnt matter

Back To Home Page 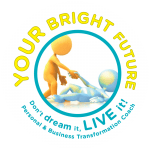